How Does The Cold Late Spring Affect Gardening in Southeast Nebraska 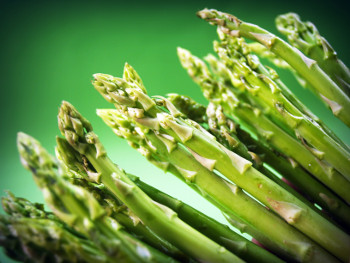 The asparagus will be delayed this year because of the cold soil temperatures and we are now attempting, with some success, to get in the cool season annual crops that are typically planted in March and April.  Snap and snow peas, spinach, lettuce, onions, cabbage, potatoes, and broccoli are the crops that Arnold Acres is trying to get to market when we start up.

I am increasingly using raised beds that are self-supporting which have helped to raise the soil temperatures to a point where we can put in some of those cool season crops.  With raised beds, you are able to raise the temperature of the soil faster versus using traditional gardening methods.  With the help of floating row covers and blankets, I have had an early success with my pea crop despite nighttime temperatures recently around 10 degrees.  I had planted some snow and snap peas on a couple of the beds before this recent cold spell and placed a floating row cover on the bed.  The peas germinated and were around 1" tall when the 10-degree temperature hit.  I threw on a blanket on top and hoped for the best, with my gut feeling being that I would not save the peas.  To my amazement, I took off the blankets and pulled back the row cover to see that the peas had survived.  I have had the same success with onion sets that had started sending up shoots.  This would not have happened with the traditional methods of gardening.  I will talk about specifics and benefits of using self-supporting raised beds in a future blog.  There are many more benefits of using them than what I have mentioned above.

There are going to be some consequences of this cold late spring that we are having this year, both good and bad.

One of the negatives is that we may be in for a bad Hay Fever season.  In a normal year, the pollen from plants and trees come out in phases during the spring.  This year because the cold temperatures have held everything back, when it does warm up, we will experience an explosion of pollen.  This will not bode well for people who have allergies to the pollens.

The birds will be under stress and duress this year.  Normally we see a lot more insects for the birds to feast on.  This year they are in short supply.  Other food supplies for the birds from the plants will be delayed also.  The cold temperatures and the lack of food will most likely affect the reproduction of our feathered friends also.  Don't expect that this year will be a banner year for the birds.

There are possibly some positive things that will happen as a consequence of the cold late spring.  If we do not have another late frost, which odds are we won't because of the lateness of the season, and when the flowers emerge, they will bloom in profusion all at once making for a great explosion of color.  In a similar situation in Britain in the past, the apple trees bloomed in profusion with most all different varieties blooming at the same time, resulting in very efficient pollination of the trees, resulting in an exceptional apple harvest.  We will be hoping for the same results here. 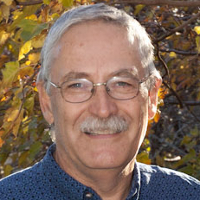 Spring of 2021 on Arnold Acres

How Does The Cold Late Spring Affect Gardening in Southeast Nebraska

What I Want to Accomplish With This Blog